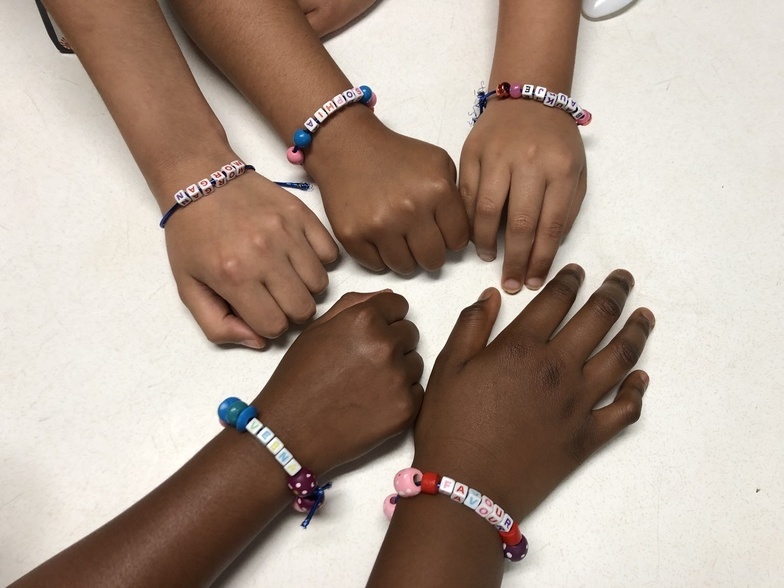 I am looking forward to our discussion of the book of Philemon at 7:30pm this evening. I hope you will join us; even if you have not reviewed the online study materials, there is still time, it only takes about an hour to go through them. Details are in recent Sunday bulletins (or contact me directly if you don't have a bulletin.) In the study lectures, N.T. (Tom) Wright asserts that Paul was always working for reconciliation, as big as the cosmos, as focussed as these two individuals. By doing so, he was taking on the master-slave divide, the biggest culture barrier of his day.

For a second day, recent events have forced a short detour from our look at “A Contemporary Testimony.” Our denomination does recognize another document of equal standing, called the Confession of Belhar, forged in the fires of apartheid. (Some of you know much more of the story of this testimony than I do; I invite your comments.)  Belhar boldly calls the church to radical unity and reconciliation based on the belief

Among other things, it declares, “We reject any doctrine which denies that a refusal earnestly to pursue this visible unity as a priceless gift is sin" (paragraph 2).  It goes on to say, “We believe that the credibility of this message (of reconciliation) is seriously affected and its beneficial work obstructed when it is proclaimed in a land which professes to be Christian, but in which the enforced separation of people on a racial basis promotes and perpetuates alienation, hatred and enmity” (paragraph 3).

It concludes, “We reject any ideology which would legitimate forms of injustice and any doctrine which is unwilling to resist such an ideology in the name of the gospel” (paragraph 4).

I do not know to what degree the Belhar served to undermine the apartheid system under which it was written, but I do know that the active living out of the gospel of unity and reconciliation did have a profound effect on the system. The church needs big, bold statements to hold onto to address systemic injustice, then and now.

Here is some God news out of Ft. Worth, Texas (an unofficial, anecdotal report):

"Around 9 PM the crowd of protesters were getting restless in the downtown streets.  The Ft. Worth police established a line and things started looking worse.  The Chief of Police called in SWAT to reinforce the officers.  The chief was also watching things unfold there and sensed the pain of the people protesting.  He then decided that he needed to personally go see the protesters.  So... the Ft. Worth Chief of Police went beyond his officers to right in front of the protesters and knelt on one knee.  Many of the protesters were so appreciative of this response that they wanted to talk with him and he shook hands with many.  The report is that he then prayed with a bunch of them and asked them to go home.  They asked that if he would send the SWAT team away that they would go home.  He did so and they then dispersed and went home.  What a blessing for that confrontation to end that way in downtown Ft. Worth on Monday night.  I don't know what tonight holds, but that was a redemptive moment last night.  I believe a key element of resolving that situation was that they prayed together."

We don’t all have this kind of power encounter, so here’s a very different one, a very simple act of hospitality. In March, just before the closures took place, I visited a church in Rexdale because I knew a former seminary mate, Omari, there, alhough I had not communicated with him in several years. Mine was the only non-Black face in the crowd, and I was greeted with some interest. But when Omari spotted me, he came to me in the middle of the sanctuary and gave me a big bear hug. In one motion, I was fully accepted in their midst. Thank you Omari! What a simple, beautiful way to show welcome that spans racial lines.

Today’s Song comes from the “Open and Unafraid: Faithful Anger and the Psalms” broadcast last night, entitled “God Not Guns”. It is a lament based on Psalm 10, written just 11 days ago by Urban Doxology, a worship project out of Richmand, Virginia.

This would certainly be a good day to pray, and to pray the Lord's Prayer:

"Lord, we are sad to hear of injustice and murder, yet we dare to hope and pray that you will redeem the death of innocent people with not only personal justice but lasting change. Lord, use us as your church as agents and models for change."

Our Father in heaven,
hallowed be Your name.
Your kingdom come,
Your will be done
On earth as it is in heaven.
Give us this day our daily bread.
Forgive us our debts,
As we also have forgiven our debtors.
And lead us not into temptation,
but deliver us from the evil one.
For Yours is the kingdom and the power and the glory forever.  Amen.

PS - Are recent events leaving you with a need to pray?  We gather for online prayer Friday at 11am.  Online office hours follow from 1-2pm, if you need pastoral support (or just want to say hi).